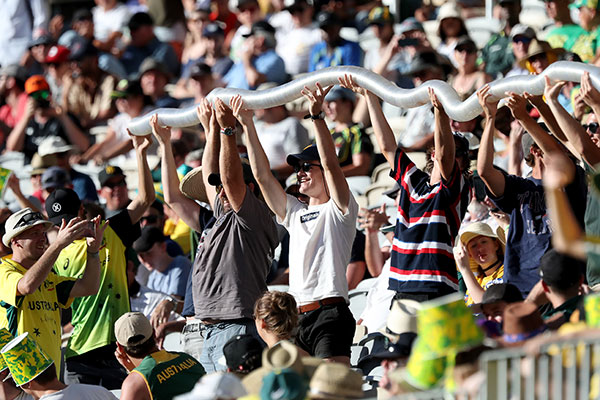 Free booze at the cricket? NO WAY, says AMA (WA)

Free booze at cricket games would guarantee a return to the past – of alcohol fueled violence, of drunkenness and need for protective cages for patrons, especially families.

“Rod Marsh was a fantastic cricketer and an icon to millions of Australians, but his idea of offering free beer as a way of getting people back to the game is one of the worst suggestions I have ever heard,” AMA (WA) President Dr Omar Khorshid said.

“Admittedly Mr Marsh comes from a cricketing generation that tried to set beer drinking records on the way to test matches in the UK but I was hopeful that his suggestions on how to change the sport would be more sensible and positive,” he said.

The AMA (WA) has called for reform of Cricket Australia and for the Board to resign over the ball tampering scandal in South Africa and continuing cultural issues including the desire to make as much money as possible, no matter the source.

The money available in modern sport is at the heart of the cultural issues that have ruined cricket and much of that money comes from advertising products that are harmful to health and that target our children.

The money from alcohol, gambling and fast food advertising doesn’t just support the game of cricket, it is destroying the game while at the same time causing damaging the health of thousands of Australians.  It is blood money and it’s time for Cricket to say no.

“As possibly the most important sporting body in Australia, CA has a responsibility to take a strong leadership position on health, not just of its players, but of all cricket supporters at every level of the game.”

“For far too long, CA has ignored a push towards a healthier Australia, and the path forged by other sporting organisations. Rather than being a leader in this sphere, CA has not even been a follower.”

“The time is right for CA to begin re-building itself to reflect modern Australia, a healthier Australia, not an organisation solely interested in winning for the sake of winning and in taking money from any source. It is time for CA to reject money from those wealthy corporations peddling alcohol, fast foods and – increasingly – gambling.”

Just last year, Cricket Australia signed a new, four year, mullti-million dollar sponsorship deal with an alcohol company and has allowed itself to be included in some of the most obvious and dangerous anti-health messages seen for many years.

“The AMA (WA) is fully supportive of the stand taken by former Chair of Selectors and cricketer John Inverarity, along with other sportspeople to end the dominance of alcohol in sport,” Dr Khorshid said.

“There is a chance now for CA to make changes to its Board, its management and its culture that will mean a better, healthier organisation. This opportunity should not be lost.”

For additional comment or to speak to Dr Khorshid, please call Robert Reid 0422 553877